All in the family: Sender Gordon takes over for dad Steve as president and CEO of Regional Group 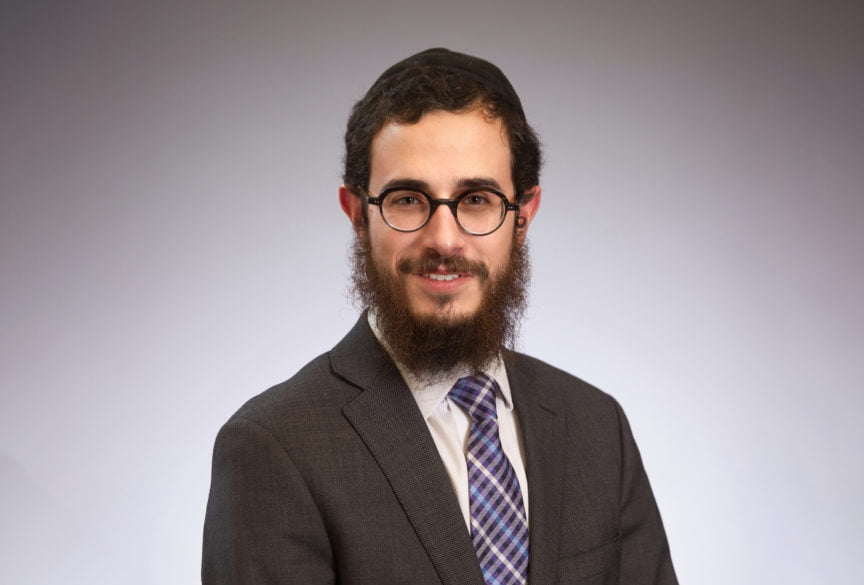 Becoming an ordained rabbi might not seem like the conventional pathway to a career in real estate, but Sender Gordon says his bachelor of talmudic law degree laid the groundwork for his new job as CEO of the Regional Group.

“It’s all about analysis,” the 33-year-old executive says of his rabbinical training, adding that acquiring, selling and leasing real estate exercises many of the same mental muscles.

“It’s all about analyzing property, analyzing opportunities, searching for the diamond in the rough.”

Gordon officially took the reins as president and chief executive of the family business on Jan. 1. He follows in the footsteps of his father Steve, who’d run the company since 1984 – coincidentally, when he was the same age as his son is today – and oversaw Regional’s ascent to become one of Ottawa’s largest real estate firms with a commercial portfolio of nearly three million square feet and a residential arm that’s built 2,000 units.

The elder Gordon says the transition is part of a well-orchestrated plan to pass the torch to the next generation of leadership at Regional, which was founded by Steve’s father-in-law, Len Potechin, in 1958.

“This will allow the organization to continue to grow in Ottawa,” he says.

But it wasn’t always a foregone conclusion that Sender would carry on the family tradition that stretches back to his great-grandfather Izzy Potechin, a serial entrepreneur who launched his own residential brokerage nearly 70 years ago.

Growing up, he says, he had “no intention at all” of making Regional part of his career plan. Potechin, however, saw something in the budding rabbi and urged his grandson to give real estate a try.

In 2012, two years after being ordained, the younger Gordon took a job at Regional “out of respect” for his grandfather, figuring he could always return to the synagogue if real estate didn’t pan out.

“(Potechin) thought that I had a lot of potential and started to really push that I change my mind in the direction I wanted to take with my life and that I should join the firm,” Gordon says. “He was right. I love every minute of it.”

Before assuming the CEO’s role, Gordon was in charge of commercial real estate acquisitions and dispositions. He oversaw such major transactions as Regional’s multimillion-dollar acquisition of Kanata’s Hazeldean Mall in 2019 and the sale of company land at Barrhaven’s Citigate Business Park to developer Broccolini for a 2.8-million-square-foot Amazon distribution facility that’s slated to open later this year.

Now, Gordon is calling the shots as the industry navigates its way through a period of almost unprecedented upheaval.

The pandemic has upended the world of commercial real estate as the shift to remote work has prompted tenants across the city to rethink their space requirements, while brick-and-mortar retailers are reeling from government-ordered shutdowns and a resulting surge in e-commerce that’s left many of them wondering whether they’ll have a future in a post-COVID universe.

Gordon knows the industry could face some rough waters ahead.

He predicts the way tenants configure offices will be “redefined” to accommodate more of a hybrid work model but believes demand for collaborative space won’t go away. Meanwhile, he thinks the pandemic has accelerated the evolution of the retail sector.

“There’s definitely going to need to be a focus on what the new era of retail is going to be,” he says. “Is it going to disappear? Absolutely not. It’s just a matter of how do we find the solution that makes the (retail) environment inviting and allows for some form of experience to go along with it.”

No matter what the future has in store, Gordon says he’s ready for the challenges ahead.

“I look at myself as (standing) on the shoulders of giants,” he explains. “I have immense respect for my father, my grandfather and my great-grandfather before me. It’s big shoes to fill, but it comes with a certain empowerment as well knowing that you have a torch to carry.”