‘Standing on the shoulders of giants’: Sender Gordon appointed as CEO of Regional Group 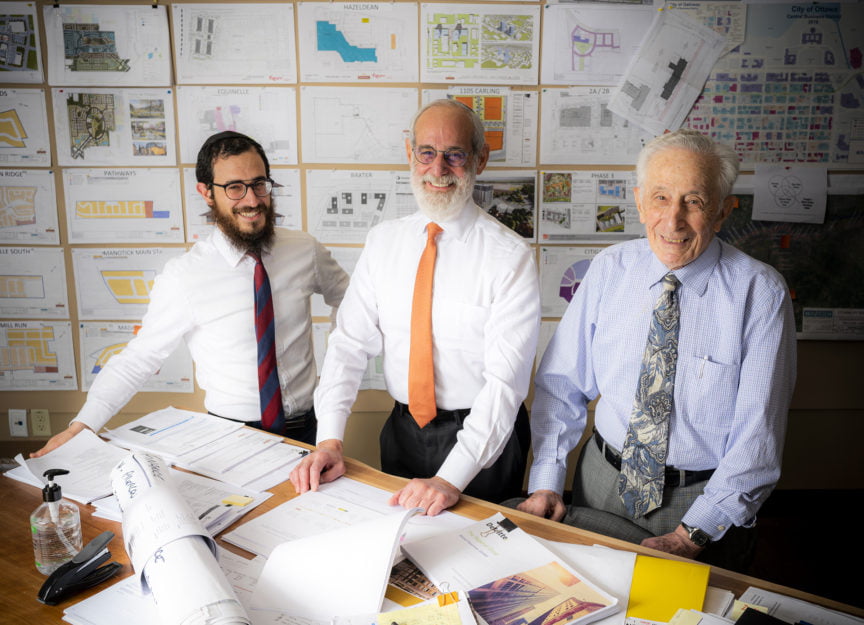 As a child, Sender Gordon would sit in his dad, Steve Gordon’s, Regional Group office, drawing on an Etch A Sketch and eating licorice Steve kept in the desk drawers. By the time Sender joined the real estate firm his grandfather, Len Potechin, founded in 1958, a notebook replaced his Etch A Sketch. In it, the then 24-year-old wrote meticulous notes and questions as he learned the business. Eight years, many real estate courses and various positions later, Sender will again sit in his dad’s office. This time, as Regional Group’s new CEO, it will be his own.

Sender’s appointment is a culmination of 62 years of knowledge, lessons and vision Regional Group’s leadership team imparted on him as well as a rigorous transition process that demonstrates the firm’s commitment to longevity.

“I look back at the company’s success and, of course, there was strategy, but it’s always been about the people,” says Sender, who most recently served as executive vice-president. “We refer to Regional Group as a family business and a large part of that is wanting people to feel like family. When we are motivated, aligned and heading in the same direction, anything is possible.”

That alignment’s beginnings date back to 1951 when Potechin, a restaurant business employee, and his new bride, Mary, couldn’t find a home in a strapped Ottawa rental market. With his family, Potechin invested in a six-unit apartment building. A month later, they made an $8,000 profit from its sale and signed a contract to continue on as building management. The experience sparked Len’s real estate passion, leading to the launch of what would become Regional Group.

“When I started, there was no real estate education,” remembers Potechin. “Eventually, the Fellow of the Real Estate Institute designation was set up. I took it seriously and went on to also get the Certified Property Management designation. Real estate education is important, and I had Steve take the same courses and more prior to becoming CEO.”

By the time Steve took over as CEO in 1984, Regional Group had grown into a large residential brokerage with a respected property management division, serving clients, investors and the communities for 26 years. With Steve’s strategic, theoretical and on-the-job knowledge, Potechin says he had no doubt his son-in-law would make an effective leader. Steve, much like Sender, prefers to credit the Regional Group team with the firm’s growth.

“My leadership did not start when Dad’s stopped,” he says. “Dad’s always been an active mentor to me, the firm and our value system. I just hoped I would have his strength and ability. I’m also so very proud of the firm’s members, who achieved its success.” 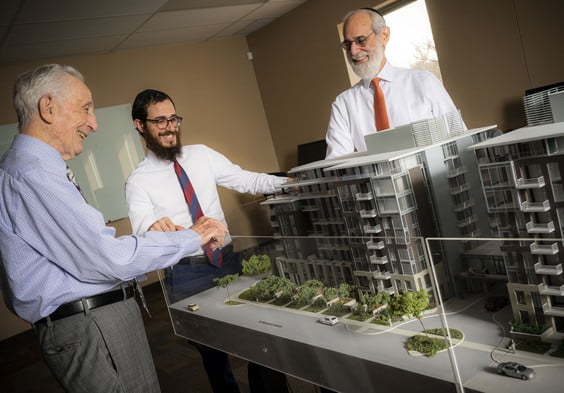 From humble beginnings, Regional Group has evolved into a $5-billion-plus pipeline of commercial, mixed-use and residential development projects as well as asset and property management, project management, a national tax and valuations group, and a successful community and home building division. PHOTO BY ASHLEY FRASER

Under Steve’s leadership, Regional Group diversified its business mix. The result? A $5-billion-plus pipeline of commercial, mixed-use and residential development projects as well as asset and property management, project management, a national tax and valuations group, and a successful community and home building division, eQ Homes. Today, Regional Group is lauded as one of Ottawa’s most trusted and recognized developers.

“I didn’t think the company would be worth what it is today,” says Potechin. “But it’s not only what you can do for yourself and your family. It’s what you give back to the community. I have given back, Steve has given back, and now my grandson will give back. Sender has what it takes to do the job properly.”

Because today’s business standards have evolved since 1958 or even 1984, Regional Group turned to Pulvermacher Kennedy & Associates, a company specializing in transitioning generations, strategic enterprise transformation, and executive and leadership development for help. Gerald Pulvermacher, senior adviser and an industrial/organizational psychologist, used data-based methods grounded in leadership to steer the company through the process and prepare for the transition.

“We have put countless hours into transition planning,” says Sender, to whom Pulvermacher had complete access as he gathered data, observed Sender’s leadership qualities and coached him. “I’m grateful my father had the foresight to plan for the transition process.” 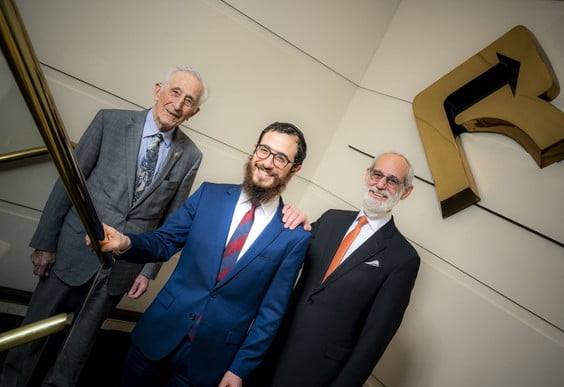 Today, Regional Group is lauded as one of Ottawa’s most trusted and recognized developers. PHOTO BY ASHLEY FRASER

While a family member doesn’t automatically take the reins when a matriarch or patriarch retires or transitions roles, Sender gained the trust and respect of the company’s executive team, and Pulvermacher deemed him as the most qualified to move Regional Group forward. He isn’t the only one to recognize Sender’s qualifications. In 2019, for example, the Ottawa Business Journal and Ottawa Board of Trade named the new CEO as one of Ottawa-Gatineau’s most accomplished and rising business leaders under the age of 40.

As Sender begins to execute his vision to continue Regional Group’s growth and commitment to Ottawa, he is equally keen to continue the tradition of looking back to move forward.

“I’m standing on the shoulders of giants,” he says. “I feel an immense amount of gratitude because raising children and leaders isn’t easy. My father and grandfather have set the bar high for me and the countless others to whom they have given opportunities. I want Regional Group to continue on that path.”