$1.7 million cheque a testament to the good work Regional Group does across the country 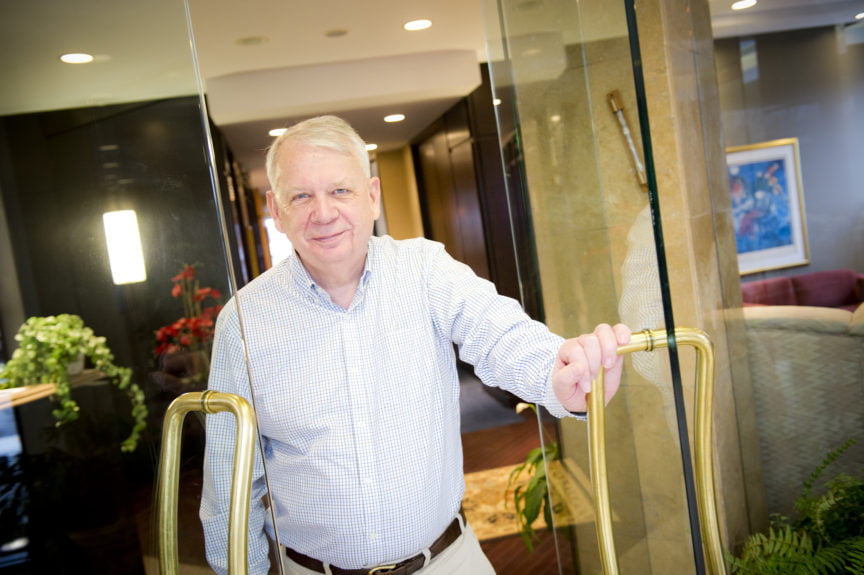 If you own real estate — or want to — you need a real estate expert at your side, guiding, advising, managing and investing to ensure you maximize the returns on that investment. Your expert is Regional Group.

Steeped in tradition, with 60 years of experience in all facets of the industry and recognized as a leader in the National Capital Region, Regional makes the most of its deep roots and connections while also continually embracing innovation.

If it has anything to do with real estate, Regional does it and does it very well.

He has been with Regional Group for 30 years, running the company’s Tax & Valuation department. A key component in the Regional arsenal of services, Clark can boast having saved his clients, countrywide, more than $250 million in property taxes over the years, an accomplishment for which he is very proud.

“Without what we did, our clients would have been paying an unfair share,” says Clark, who weighs his thoughts before he speaks, which is indicative of his methodical approach to his work. “We make sure that they’re only paying what’s reasonable.”

On the wall in his office is a copy of a cheque for $1.7 million. It’s the single largest refund Regional has earned for a client, and he keeps it there as a testament to the good work they do across Canada, which, along with assessments, includes appraisals and property tax management. Clark also gets called in as an expert witness on litigation matters such as expropriations and asset division in divorces.

“He fundamentally has an enormous level of experience,” says Regional’s Chief Operating Officer, Dave Wallace. “He is expert at reasoning with the government over the fair value of real estate. 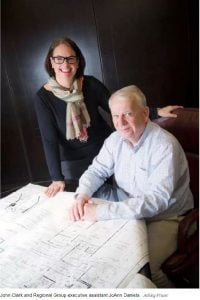 “John loves real estate valuations,” Wallace continues. “You know how some people have a crazy passion for the work they do? He has that, in spades. It is not a job to him, it’s a fascinating calling.”

Clark jokes that he’s stayed so long because he has never caught up with the work. “I can’t leave, I’m not done yet,” he laughs. Regional Group is actively recruiting team members with the right personality and skill set to join Clark’s team. Clark, a past president of the Appraisal Institute of Canada, allows that it’s a small field in Canada, particularly for the “kind of unusual work that we end up doing. We like the work where the answer isn’t apparent when you start the assignment.”

With a portfolio that focuses on commercial and public-sector properties, including some of the largest institutions in Canada, Clark loves the challenge that a difficult assessment can offer.

“I can’t mention clients by name, but we’ve got one client with a group of properties and they’re so restricted in their use that, in reality, there’s no market value, there’s nobody to buy them,” he says. “So then the challenge is, from an assessment perspective, you’re never going to get away with having a value of $0, even though there’s no market value, so how do you scratch your head and come up with a reasonable outcome that everybody can live with? I love the challenge where you sit back and just don’t know the answer.”

That ability to overcome the challenge of the unpredictable is key, particularly in today’s world of automation, artificial intelligence and an app for everything. “The value we have, and where I want to focus, is on areas where the outcome is uncertain,” he explains. “Dealing with uncertainty is where the human element will continue to be required.”

When disputing an assessment, he sees his role as one of gathering all the information, sharing it, and then discussing why he feels an adjustment is needed. Most of the time, his analysis will show that an assessment is fine, but in the 10-20 percent of cases where one is inflated, it’s his job to successfully argue for a lower amount.

“I would say in over 90 percent of the cases, we’re able to come up with a resolution,” he says. He can boast such a high success rate both because of his vast experience and because he’s adept at understanding the personality of his opponent.

He tells the story of one meeting, where he was in the office of an official for two hours one afternoon, going in circles. At about 3:30 p.m., he noticed the man subtly checking his watch and surmised that quitting time was 4 p.m.

“I leaned back in my chair, put one leg up over my other knee and started into the longest story I could think of, basically giving body language that said, ‘I’m good until midnight,’ ” he laughs. “At 3:50 p.m. I had an offer to settle.”