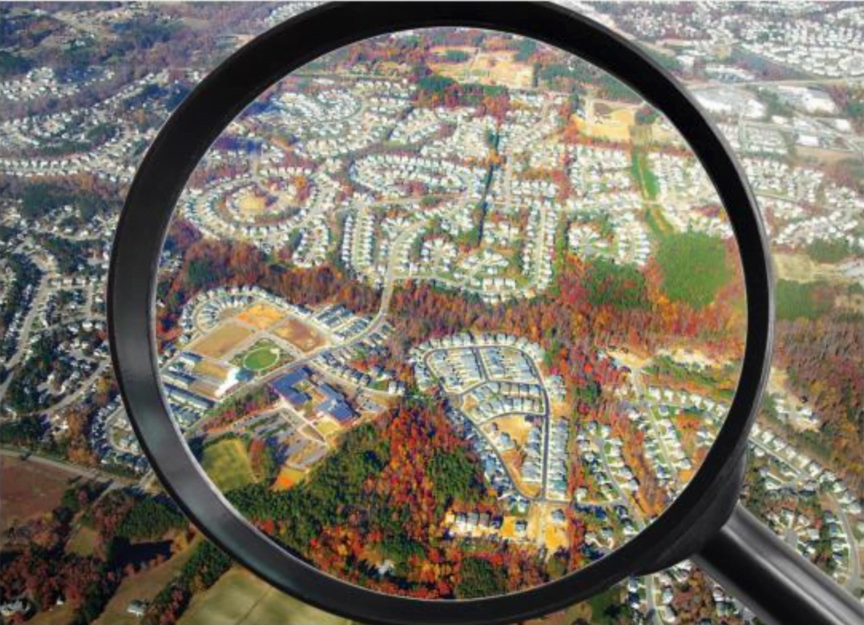 The fortunes of the commercial real estate market in the time of COVID-19 are largely dependent on pre-pandemic fundamentals.

No, the sky hasn’t fallen.  It did look quite dark and stormy there for a spell, but generally speaking, whether we are looking at the residential markets or the commercial, the pandemic didn’t lead to any kind of real estate crash, which should not come as a surprise. Human beings are creatures of habit. We crave the familiar and a sense of normalcy.

It’s challenging to quantify just what is happening in commercial real estate ( CRE) across the country right now due to a lack of recent data. But in Ontario, we have RealTrack.com, a subscription database of CRE transactions. I pulled the March-to-June data for 2019 and 2020 for what I consider investment-grade transactions of note – $10 million and above.

Here’s what I found:

So, a year-over-year decline in dollar value for this four-month period of about 17.2 per cent (hardly catastrophic), and a 40 per cent decline in number of transactions.

It’s clear that some investors chose to take a pause, most notably in April and May, while others forged ahead, and there was a return of some of the transaction volume in June. Sure, many of these deals may have already been in motion before the pandemic struck, but not all of them.

Ontario is one of the most diversified economies in Canada, which cushions it against exposure to, say, the volatility of commodity industries like agriculture or oil and gas. Other provinces obviously may not have fared as well, but that has less to do with the pandemic itself and more with market factors that have been problematic for some time now.

Alberta’s CRE markets, for example, were already struggling due to the volatility of oil. Edmonton’s office space vacancy was already at an all-time high when pandemic lockdown measures took effect. It bears noting that, despite all these pressures, there has been no “crash” of the CRE markets in either Calgary or Edmonton as of late July.

In Winnipeg, a colleague reports that “while there was a definite pause in late March to early/mid-April, since then I feel it has been business as usual in the market … as far as projects go, there is noth­ing that l am aware of that has been directly paused, and developers still seem bullish.”

Another colleague in British Columbia finds the Vancouver market’s situation still rather murky: “Check back in six months; we should know more.” New branch operations by U.S. tech firms had been driving an office market boom, though to what degree that will continue remains to be seen. Five proposed high-rise office buildings are reportedly now on hold. Speaking to a partner of one of Canada’s largest law firms, my colleague was told that, in five years, the firm’s Vancouver location may simply be conference rooms and an office hotel.

Which comes back to a point I have been making all along – the fortunes of CRE in the time of COVID-19 are largely dependent on pre-pandemic fundamentals. This viral event doesn’t create problems so much as deepen existing ones. Adaptability and a willingness to change (provided change is possible) are the most telling indicators of survivability.

This is evident in retail, where the situation for brands that were already struggling before the pandemic has become dire (for example, the recent news stories about DavidsTea and Mountain Equipment Co-op). The battle between online and traditional brick-and­-mortar retail has been going on for years, with casualties on both sides.

Regional disparities arising from pre-pan­demic market forces also apply to residential real estate. But ample and current market data indicates that COVID-19 won’t keep housing markets down for long. Even with the slumps we saw in April­-May, it’s important to note that markets in general remained balanced even as sales activity dropped – buyers and sellers in roughly equal proportion decided to tempo­rarily bench themselves. As a result, we didn’t see much in the way of price volatility.

To quote CRE’s July report on Canadian home sales and new listings from the Canadian Real Estate Association: “While June’s housing numbers were mostly back at normal levels, we are obviously not back to normal at this point,” said Shaun Cathcart, CREA’.s senior economist. “I guess the bigger picture is one of cautious optimism. The market has recovered much faster than many would have thought, but what happens later this year remains a big question mark. That said, daily tracking suggests that July, at least, will be even stronger.”

Housing starts in June were also up more than expected, by 8.3 per cent. The Canada Mortgage and Housing Corp. attributed most of that increase to Toronto and Mon­treal, while most other centres continued to log declines in June.

TD Economics economist Rishi Sondhi in a note to clients, however, wrote that, “H0mebuilding has thus far been resilient through the pandemic. This is a much dif­ferent result from some of the more bearish forecasts out there and represents a stark change from most other industries:· The greatest risk facing the housing market in general right now is what c0mes next.

“Through July, August and September, we’ll see very strong numbers and housing starts will remain elevated,” said CIBC World Markets managing director and deputy chief economist Benjamin Tai during a July 13 Canadian Real Estate Forums webinar. “My fear is that October, November and Decem­ber will be a very confusing period for the economy as a whole because the virus may be in its second wave and will coincide with the flu season and the cold season:’

During that webinar, Tai also raised legitimate concerns about the impact of COVID-19 on imni­gration – a key driver of housing activity in Canada. I don’t disagree, but my immediate concern is more related to the people already here.

The risk of a “second wave” very much of course depends on our diligence to continue practising mask-wearing, social distancing and common sense in general (which has proven to be a tall order for some). How well residential real estate markets across Canada continue to recover and how quickly relative to one another is very much dependent on human behaviour.

We are creatures who crave normality. This can be a bit of a double-edged sword.

On the one hand, we are driven to find ways to achieve some sense of normality that will enable us to safely resume regular activities as soon as possible. We have seen this at work in how both commercial and residential real estate began to rebound after dips in April-May.

On the other hand, this can also prompt some of us to grow complacent with, or even hostile toward, social distancing, mask-wear­ing and other pandemic response measures. This leads to behaviours that raise the risk of a second wave of infections, which could force us back to the restrictive lock-down measures that have only recently begun to ease.

Until a viable vaccine is readily and widely available, human nature will deter­mine the fate of Canada’s real estate markets as much as the economic fundamentals.