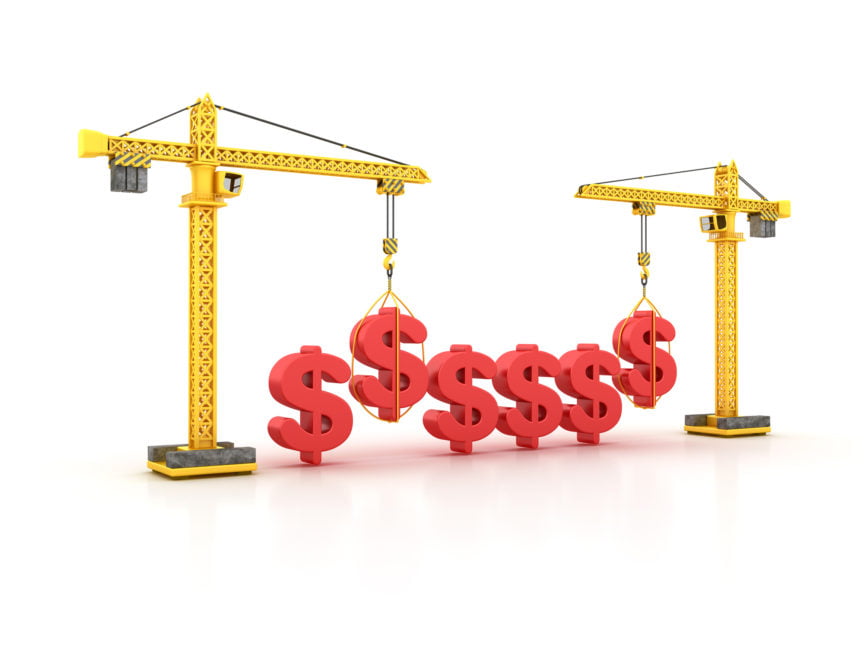 I’ve been watching this story unfold through the media for a couple of weeks now and feel compelled to weigh in, given the whining tone that has emerged and the unbalanced perception it creates.

It all started with word that the City of Cornwall is suing the Municipal Property Assessment Corp. (MPAC) for negligence.

At issue? Property assessments that overvalued three commercial properties – distribution warehouses for Shoppers and Wal-Mart. The city imposed and collected property taxes based on those MPAC assessments and now must refund the property owners hundreds of thousands of dollars.

This first CBC story quoted Lynn Dollin, president of the Association of Municipalities of Ontario and deputy mayor of Innisfil, Ont. She said municipalities across Ontario face a persistent issue with big-box retailers who routinely pursue assessment appeals which wreak havoc with municipal budget planning.

The CBC then followed up on this story by taking aim at Canadian Tire. Apparently, the retail icon has a legal team dedicated to challenging assessments across the province. For example, there have been nine successful appeals for locations in the Ottawa area alone in recent years.

The City of Ottawa had to dole out about $40 million in total refunds last year for commercial and residential properties. According to City of Ottawa deputy treasurer Wendy Stephanson, the municipality managed to offset these payouts with new taxes from new properties.

However, it cuts both ways

An unstable assessment base is a legitimate issue for a municipality. As I’ve written before, municipalities try to run a zero-sum game. They are not in the business of making a profit on assessments.

Instead, their goal is to take in just enough money to break even on service delivery, paying the bills, meeting payroll and maintaining a healthy rainy-day fund.

Assessment appeals that grant big property owners big refunds obviously throws a wrench in all that. The only way to make up the shortfall is to raise taxes for everyone else.

But the tone of these articles, in casting commercial property owners as the bad guys, ignores the other side of the equation – incorrect and high assessments create unfair assessments and excessive tax bills for other property owners.

As I’ve quoted before: “taxation is the price of freedom.” We must all pay our fair share of taxes, with the emphasis on fair. Not just in terms of how much each of us must pay, but also in how changes in the property assessments which can impact our municipal tax bill roll out.

Paying more than your fair share in property taxes is just wrong. If you’re paying too much, you’re actually subsidizing your neighbours and your competition, who get off by paying less than they should.

This can obviously hurt the bottom line of a business and make it less competitive.

And not all appealed assessments work against the municipality. Cities often successfully appeal what they think are low assessments and get windfalls.

Under Section 33 of Ontario’s Assessment Act, MPAC also regularly sends out omitted assessments for land that has been subdivided and for new construction and can go back for the current year and two previous.

For example, when we register a plan of subdivision, the newly created lots are put in the queue to be assessed.

The homes, offices, retail space or what have you may already be built and occupied by the time MPAC is able to process and update its records and provide an accurate and current assessment of the property. When these assessments are finally complete and available to the municipality, a couple of years may have passed.

Section 33 allows for property taxes that are due to the newly developed property to be collected up to two years retroactively.

You might have experienced this firsthand as the owner of a newly built home, where it can often take a couple of years for MPAC and your municipality to catch up with the fact that your property now contains a home that is of much higher value than the vacant plot of land on which it was built. That’s when you find yourself with a big catch-up property tax bill.

For a growing city like Ottawa, Section 33 provision obviously provides a nice boost to the cash flow on a regular basis.

How can we reduce volatility?

First, we have to ask ourselves if market value assessment is the proper basis for municipal revenue, or should Canadian cities instead look at other tax bases like income tax, sales tax, or the dreaded head tax, as the basis for their revenues.

No matter which option or combination of options you choose, they all have their associated problems.

Second, do we have the right process in place for estimating assessments on large-scale real estate developments?

Perhaps it will be far more successful if the assessments are done in conjunction with the property owner and the municipality, with the requirement that an agreement on assessment is reached in advance of the value being reported down the road. This could eliminate the need for appeals that create volatility.

Third, should we consider a regulation on the taxes to be paid on certain large and hard-to-value properties? I was told recently that in some U.S. jurisdictions where cannabis is produced, a building used for commercial cannabis production pays $4 per square foot in tax – simple and blunt.

This article was originally published in Renx.ca on September 4, 2018.