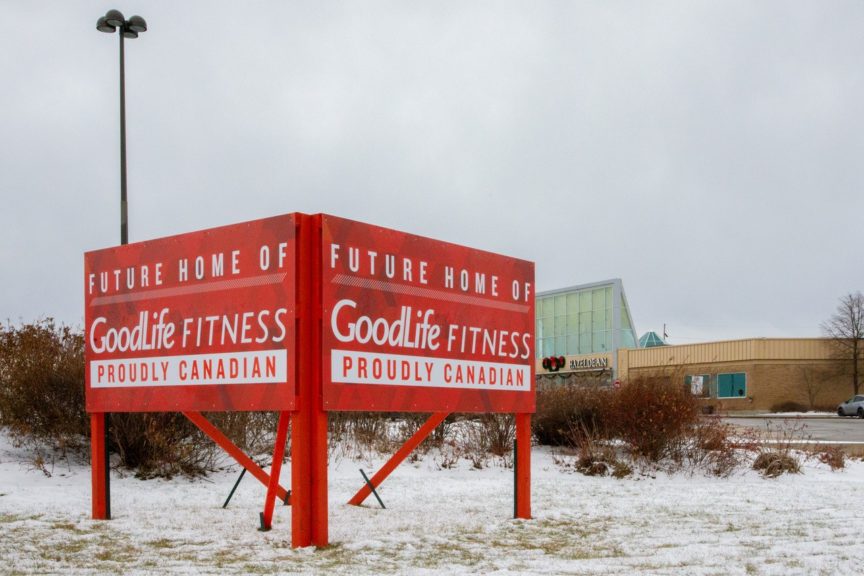 More than four years after Target vacated the Hazeldean Mall, the Kanata shopping centre has landed a high-profile tenant to fill part of the space left empty by the U.S. retailer’s departure.

GoodLife Fitness said Wednesday it plans to open a 50,000-square-foot “mega-club” at the west-end retail hub that will feature “state-of-the-art equipment and amenities” and employ about 100 people.

The new fitness centre will be London, Ont.-based chain’s largest gym in the Ottawa area. In a news release, GoodLife said more details about the new facility will be announced in the first half of 2020.

Leasing manager Todd Beech of the Regional Group, which owns the property, said in a statement that GoodLife’s arrival will bring “a renewed vigour” to the shopping complex. He said he expects the popular fitness brand to drive more traffic to the mall as well as expand Hazeldean’s customer mix “to support our existing tenants and provide an anchor to bring in new ones.”

The only fully enclosed shopping centre in Kanata, Hazeldean Mall saw its vacancy rate soar to nearly 50 percent when Target exited the Canadian market in early 2015, leaving 100,000 square feet of empty space at the 223,000-square-foot retail complex. The mall now has about 40 tenants, including Your Independent Grocer and Rexall Pharma Plus.

Regional Group bought the 40-year-old shopping centre from longtime owners BentallGreenOak (formerly Bentall Kennedy) in a deal that closed in late August. Since then, the new owners have revamped the mall’s food court, adding new eateries, and brought back well-attended fixtures of the past such as the Santa Claus parade in an effort to generate a bit more of a buzz around the mall.

Regional Group executive vice-president Sender Gordon said Wednesday those efforts are starting to pay off.
“As you walk through the mall today, there’s just a level of excitement,” he said. “You feel it in the air. As the tenants feel it, it just spills over to everybody else.”

Gordon also said the company is in talks with several other potential tenants that are interested in leasing the rest of the former Target space.

Hazeldean Mall is hardly the only local shopping centre struggling to adapt to changing consumer shopping habits and the rise of e-commerce, trends that have seen sales and foot traffic at many local malls drop over the past several years.

In recent years, real estate giant RioCan has announced plans to redevelop several of its local retail properties, including Elmvale Acres, Lincoln Fields and Westgate shopping centres, by adding mixed-use highrises to the properties in an effort to create new sources of revenue.