The change genie is out of the bottle…where do we go from here? 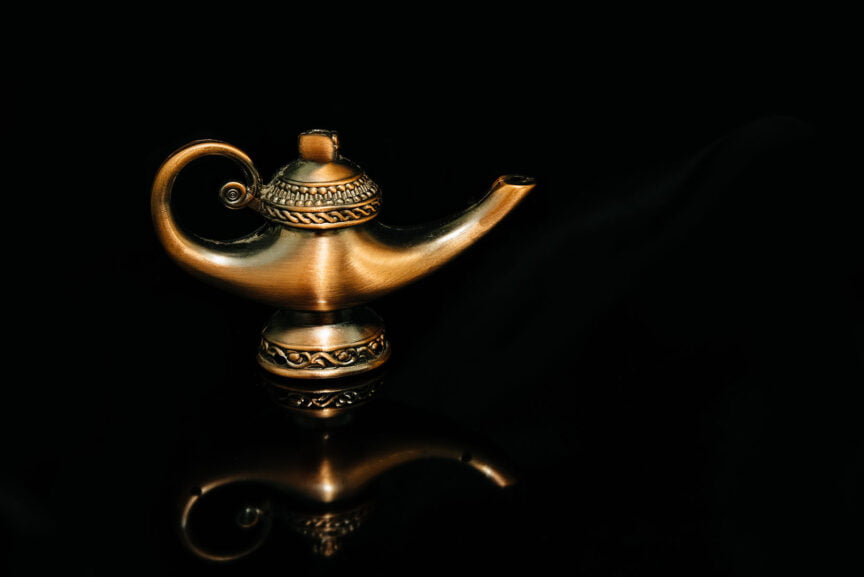 In December, HR firm Lifeworks (formerly known as Morneau Shepell), released The Mental Health Index. About 24 per cent of this study’s respondents reported their work has hindered their mental health and 20 per cent of Canadian workers reported feeling in crisis or having concerns about their ability to cope.

In February, the Canadian Mental Health Association (CMHA) released results from its own separate study that found rising caseloads and demand for services in Ontario, and concerns over a severe mental health crisis.

People all over the planet are worn out. A tiny percentage have been venting their frustrations by making life difficult for the regular folk who have had the strength of character and the fortitude to just get their shots and wear a mask.

As Plato said, “An empty vessel makes the loudest sound, so they that have the least wit are the greatest babblers.” We have certainly seen more than enough of that lately.

But, as I have stated before, many of the socio-economic issues we face are not products of the pandemic. The pandemic has instead sprayed jet fuel on fires that already burned.

Many people fear change, especially when that change impacts the comfortable familiarity of their status quo and their perceptions of their place in the world.

With the Fourth Industrial Revolution, new technologies and uses of AI and data have new jobs coming on stream on one hand and other jobs going by the wayside on the other.

I was talking to a friend in Alberta the other day where the loss of jobs in the oil and gas sector is a big factor impacting the province’s labour force.

It’s quite comparable to how the fishery on the East Coast was impacted some years ago, as well as the other local industries that once dominated the Annapolis Valley in Nova Scotia.

Once the genie is out of the bottle, there is no stuffing it back in.

For the labour market, it’s been that way since the Industrial Revolution began and cottage industries struggled to remain relevant against the factory.

Luddites of all kinds – including the original actual Luddites who fought the mechanization of the textile industry in the early 1800s – have been protesting in vain ever since.

I remember a talk given many years ago by David Foot, author of Boom, Bust and Echo. He discussed how people who entered the job market in the late 1940s and 1950s didn’t understand how their children sometimes faced great difficulties in getting going in life a generation later.

Foot made note of the fact that if you were male, had a suit and a hat in 1950s Canada, you could get a job. But consider the factors behind that.

Many of these jobseekers had been born during the Great Depression when the birth rate was low. The bloody toll of the Second World War further reduced the available labour force and competition for jobs for a post-war boom that was hungry for workers.

The war survivors bred like rabbits. Twenty years later, their offspring swam in a sea of humanity . . . and rival jobseekers.

The hippies of the ‘60s were not wrong when they ranted about having it so hard. Their challenges only worsened with the pace of economic change and the rise of the Computer Age.

All of which is to say people have always felt threatened by change and find it difficult to understand the perspective of a different demographic or generation facing challenges which they did not.

The pandemic has put a spotlight on this aspect of human nature at a time when greater discourse on diversity and inclusiveness is shaking things up.

On this continent, we no longer live in a world where being white, being male, being English-speaking, being aligned with certain conservative values, or some combination of the above, assures rule of the roost like it once did.

I consider this shift to be a positive one.

But of course not all agree, nor are they ready to accept it: I can only assume because they feel threatened.

For this demographic, the aversion to such change has only deepened into something more aggressive with the added pressures of the pandemic.

But I think it’s more than just the pandemic. Fear of job competition is also a factor.

Despite how this country has been shaped by 400 years of non-First Nations immigration, some people continue to rant (usually quietly, but not always) about the “other.” These people get a power trip by denigrating those whom they think may not be able to defend themselves.

They fail to recognize that without taking responsibility as a member of society, they in the end will have no rights. None of us will – responsibilities and rights can only go hand in hand.

The conflict that has gripped Europe, I can only hope, will serve as a wakeup call for at least a few of these folks to realize what real oppression and denial of freedom looks like and adjust their world views accordingly.

So what does all this have to do with real estate?

Everything we do, other than in orbit, takes place in and on real estate. The economic and social changes we are seeing will have an impact on land uses as they have in a big way over the past 200 years.

These impacts will play a huge factor in determining demand and price for property in communities large and small across Canada.

A final thought: In addition to the real concerns about changes in job demand from this new industrial revolution, we also face the challenge of how to deal with climate change.

While I’m not a scientist, and assuming humans are causing damaging changes, I think fear of the consequences of dealing with climate change is another factor tainting mental health and how people respond to stress.

Assuming we have to deal with climate change, this also represents a huge variable in how patterns of land and property use, as well as building design, will shift in the near future.

To discuss this or any valuation topic in the context of your property, please contact me at jclark@regionalgroup.com. I am always interested in your feedback and suggestions for future articles.