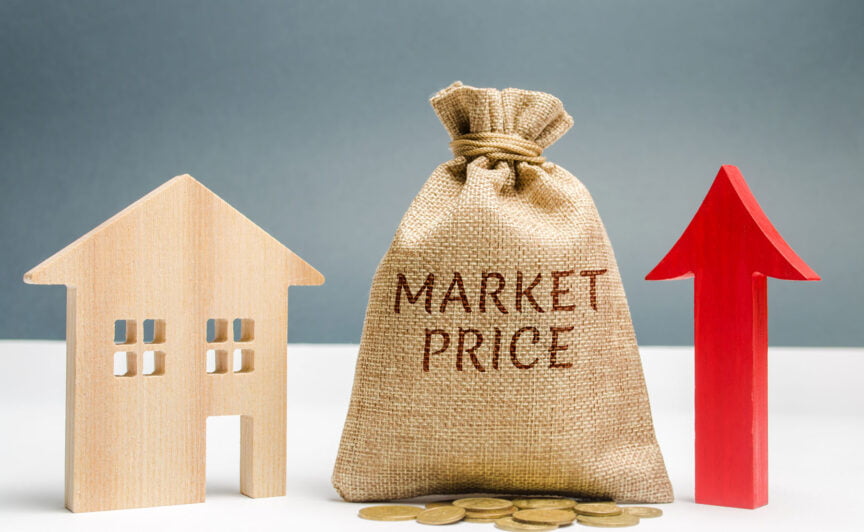 Considering how trucker protests and political party leadership changes have dominated headlines recently in Canada, you can be forgiven for failing to notice the other nonsense that’s been making the rounds.

Given how much fresh nonsense there is on a daily basis, let me be more specific. I am talking about inflation rates, central bankers and those boomers.

Yes, prices are rising. This shouldn’t come as any great surprise, given all the money supply that’s been pumped into the global economy by G7 to G20 countries over the past two years.

Central bankers are not stupid people. They may not, in hindsight, always make the best decisions, but I think it’s reasonable to assume they are keeping their collective eye on the ball and not leaving their economies on autopilot.

This goes in hand with what federal governments, such as Canada and the U.S., are doing to stimulate economic activity with infrastructure spending that, in many cases, was long overdue. (What timing, that a four-lane bridge in Pittsburgh collapses just hours before U.S. President Joe Biden was scheduled to give a speech in that city about his epic US$1.2 trillion infrastructure plan).

It’s my belief central banks, and central governments (in North America, at least) are acting to stimulate economic activity, with an eye to inflation. I often reference the inflation pressures we faced in the ’80s and the lessons learned there that will not soon be forgotten.

Another recent story that had me calling bull came from Postmedia. It stitched together a variety of recent real estate reports and other data to assert that baby boomers are breaking Canada’s real estate market by choosing to age in place.

The fact is people have stayed in their family homes well into their senior years for a very long time. My parents did it, and my grandparents, too. This is not new.

What has changed in recent decades is that life expectancy has risen, so people may be living longer, post-retirement, than they did before. However, to say boomers are clogging the system is just not a sensible thing.

This Postmedia story also reported data from HomeEquity Bank, a major provider of reverse mortgage products in Canada, that indicates homeowners are now carrying more than $5 billion worth of its reverse mortgages, the largest amount ever.

Well, yeah – is this really surprising considering the target age group for this type of product is the largest that it’s ever been?

There are still plenty of blanks to fill

What we might see, as I wrote last time, is a boom cycle over the next year (provided we are at last emerging from this pandemic), akin to what we saw after the world wars of the previous century.

Which raises the question – what new pressures, challenges and opportunities will this raise for real estate of any kind?

On that note, I found this recent story out of Halifax of particular interest, Investors make a fifth of home purchases in Halifax, where real estate prices continue to soar. The story focuses on whether this is contributing to soaring prices that are making it difficult for average would-be homebuyers to afford a home.

This is a fair question, not just in Halifax, but in inflated housing markets across the country.

On the other hand, I wouldn’t expect that an investor-buyer in a city like Halifax is purchasing, especially at an inflated price, to then just let the property sit idle. So, while affordable housing stock for purchase may be going down, the pool of available rental stock is going up.

But, what is driving these investor purchase decisions? Is it in some way the pandemic?

Will they then seek to gouge tenants? (But of course, they can only charge a rent the local market can bear.)

Uncertainty remains the only certainty

No one has a crystal ball.

Acting with prudent caution – whether the actor is a real estate investor or a central banker – should not be taken as evidence of being asleep at the wheel. The pandemic has shown us just how tricky it can be to track the safe line between disaster and opportunity.

For example, I recently spoke with someone who works with a national electrical supply company. They expected the pandemic to be disastrous for them. Instead, the surprising surge in home-building and renovation activity made for their two strongest years ever.

All we can say with confidence is the state of things today will not be our tomorrow. Where some areas of the economy remain notably strong, for others, treading carefully remains the wisest course.

The situation remains too volatile to be drawing hard conclusions about the cause that may lie behind the effect.