If Manufacturing is Poised to Rush Back to N. America, It’ll Look Very Different 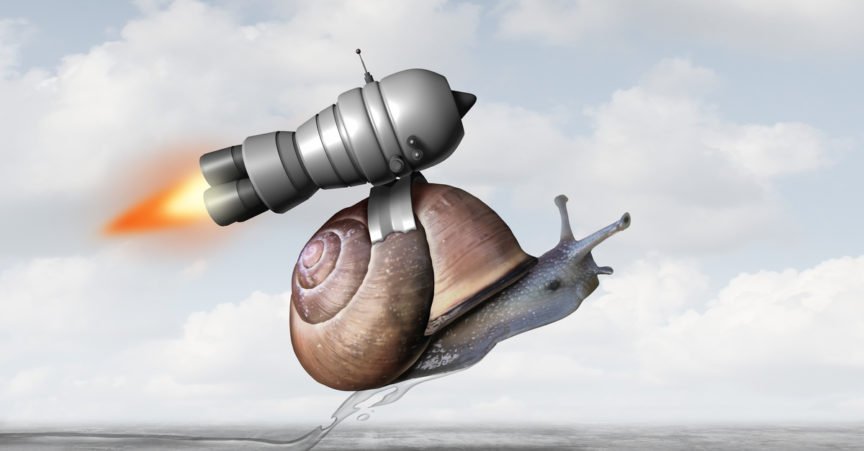 Eighty-three per cent of North American manufacturers intend to re-shore at least some part of their supply chains in 2021.

That is a compelling figure. It comes from the 2021 State of North American Manufacturing Report produced by Thomasnet.com.

“The supply chain disruptions brought on by the pandemic have become a wake-up call for businesses to look beyond cost-saving and just-in-time inventory management.

“Ninety-four per cent of the manufacturers surveyed listed ‘Availability’ and ‘Lead Times’ as the most important factors when vetting new suppliers, instead of the generally anticipated answer ‘Price per Unit.’ ”

As I have noted over the past year, the pandemic hasn’t so much served as a creator of change as an accelerator. It may be acting like a kick in the pants that made people do what they had been thinking about anyway, but had just avoided getting around to until now.

Across our globalized economy, growing pressures of various kinds have been driving the need for change of one sort or another. The great “offshore/re-shore” debate that has gripped North American manufacturing for decades is no exception.

I have often discussed in this column the state of manufacturing in this country and the economic impact when smaller communities have lost anchor employers to offshoring.

The deciding factor in those corporate decisions to offshore was often Thomasnet.com’s “price per unit,” a metric that is dramatically impacted by labour costs.

Plenty of lost ground to make up

Way back in 2015, I penned an open letter to our then-newly elected Prime Minister. I noted how the decline of the domestic manufacturing industry had led generations of residents in small towns and cities across Canada to find their fortunes elsewhere.

This ultimately gutted the local tax base for many municipalities and left other local businesses with a diminished customer base.

I called then for some sort of comprehensive industrial policy in tandem with infrastructure renewal. The need for these two things has not changed. In fact, the pandemic has emphasized they are more pressing than ever.

Which means I am pleased to see a survey such as Thomasnet.com’s that suggests offshoring is losing its appeal to North American manufacturers.

But of course, domestic manufacturing can’t just scale back up with the same model as before. Automation, robotics and other Industry 4.0/Industrial Internet of Things technologies were already reshaping global manufacturing long before the pandemic.

Old building stock may not cut it

Bringing more manufacturing back to North America will require a lot of new construction for buildings to house robotic assembly processes.

A neat thing about robots is that they probably cost the same regardless of the country where they are used, so the argument North American labour may be too expensive is likely to get blown out the window.

I need look no further than to my own area of Eastern Ontario, where Canadian discount retail icon Giant Tiger is keeping up with Walmart and Amazon with its own new state-of-the-art facility.

This facility requires a concrete floor free of deviations, so some 200 autonomous robots won’t have any speed bumps as they zip along at up to 40 km/h. This may be a distribution and fulfillment centre, not a factory, but the same function and design considerations apply with the growing use of autonomous robotics in either case.

Our old industrial building stock probably won’t meet this kind of requirement if re-shoring were to happen in a big way. In fact, the impacts would ripple across commercial real estate, the construction industry and our transportation infrastructure.

On that last point, just look at CN and CP and their bids to buy Kansas City Southern as part of their strategies to control operating margins in the North American rail network.

More domestic manufacturing may mean a drop in shipping to coastal container ports, but perhaps an increase in demand for domestic shipping of raw materials by rail and truck.

Any shift in how sectors of our economy operate and the new investments this may require in industrial and commercial real estate cannot be considered without also taking the weather into account.

A couple of weeks ago, Bloomberg reported a warning from global insurance/reinsurance giant Swiss Re AG.

In short, climate change is making hurricanes bigger and stronger, and increasingly capable of pushing their destructive force farther north. According to Swiss Re, this is a growing threat that Canadian homeowners, businesses and insurers continue to underestimate.

According to Monica Ningen, head of Swiss RE Canada, Canada has a “protection gap” when it comes to hurricanes. Since 2003, more than a third of such storm-related losses in Canada were not covered by insurance. She told Bloomberg if the storms worsen in Canada, so will this gap.

So, while we anticipate how the pandemic may fuel a new boom in commercial real estate as manufacturers re-shore their supply chains, we have to consider more than just how smooth the floor has to be for a robot.

To protect these investments, we must also rethink our choice of materials and design to keep the roof intact, too.

And while we are at it, also embrace a cleaner, greener future. On that point, I will finish with this recent story from CBC, which explores how new photovoltaic products made in Canada are turning entire buildings into their own solar panels.