Beware Becoming “Smart” If We Can’t Think for Ourselves 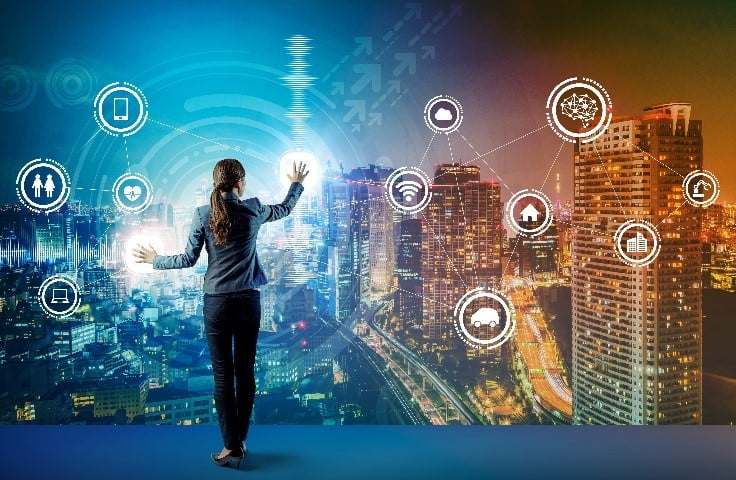 Beware becoming ‘smart’ if we can’t think for ourselves – Apr 3 2019Oh my, don’t we stand on the cusp of a brave new world. But, are we poor humans doomed to grow dumber as a consequence of our environment becoming smarter?

The thought occurred to me last week while reading a recent CBC story about massive urban developments underway at various points around the globe. These are, for the most part, meant to drive new economic activity in what have been agricultural-based economies.

To paraphrase that article, more than 40 countries in the past 20 years have announced new planned cities that promise to be “clean, green and smart.”

The CBC story explores the economics of these planned cities – from Malaysia to Saudi Arabia, Morocco, India and beyond – and raises valid questions about whether many are being built to address real housing needs, or just to create investment opportunities that might or might not pay off.

Having a clean and green city is, of course, no longer enough.

It must be a connected city. The Internet of Things is colliding with a growing emphasis on sustainability as a younger generation takes issue with the actions of the old. This is redefining how urban environments are being designed and built to address our persistent challenges with pollution, traffic congestion, resource consumption and crime.

Over at Futurithmic, journalist Christine Wong is writing a series examining the trend of master-planned smart cities. From Songdo, South Korea to Toronto, she asks, “are we in danger of being duped by smart city hype?”

First, let’s recap the definition of a “smart city” to make sure we are all on the same page, as stated in the Futurithmic article:

“Smart city initiatives around the world are building backbones of connectivity consisting mainly of the Internet of Things (IoT), data analytics and smartphone apps.

“The ultimate goals, as summed up in a 2018 Deloitte report, are ‘better city services and a higher quality of life.’ ”

Which is good, clearly.

And as Wong goes on to explore, we are already seeing success stories from around the world to back this up. Smart technologies that are, for example, improving air quality in China, or increasing the efficiency of city parking, make the environment more livable and create new business opportunities.

All the proclaimed benefits of the smart city are good for the future of urban real estate as an asset class.

Still, I view all this with mixed feelings.

Real estate isn’t just about money, it’s about people. Call me a Luddite if you will, but progress is never all good. There is always a downside.

There remain issues to address around cybersecurity and the privacy of our digital data in an urban environment that is monitoring and analyzing just about everything.

As Wong writes, we must also question if this brave new world has a place for those without the means to afford the digital technology that’s required to fully benefit from all this smartness.

I also wonder how much ageism is at play here. It struck me that while I was reading these and other articles about smart cities, the accompanying photos pictured a very specific age demographic — about 25 to 35 years old. This of course overlooks the vast majority of the population that is older — we are still here.

Then there is my additional concern that if our built environment comes to do an increasing amount of our thinking for us, what happens to our own capacity to think, question and investigate for ourselves?

If children can just ask technology for answers, rather than doing research for themselves, what impact will this have in the long run on innovation? People won’t stop to think or be equipped to do so critically.

What people need to live in a city hasn’t really changed very much. They need a place to eat, socialize, and sleep (in addition to other activities I don’t need to itemize here).

These activities can be divided between passive and active types.

This is particularly true of what we do for leisure – how we play. Smart technology makes passive activities the norm.

I can tell you as the grandparent of three that what these little ones need is a lot of active activity. It is key to their mental and physical well-being and cognitive development.

Tech is digital, we are not

Cities provide an environment in which people can do the three core activities of living, working and playing. It’s that simple.

An urban environment creates a synergy that makes it possible to do these things in an efficient and dynamic manner. The “modern” city is a construct that’s more than a century old and it’s already demonstrated the benefits that come of living in a congregated manner.

We do need to address the downside that comes of living cheek by jowl, for our own good, and for the good of the planet. But in doing so, we can’t forget what it means to be human, give up our essential rights to privacy, or forsake those things that help forge us into capable, confident and successful human beings.