Age, Race and the Changing Face of the Urban Core 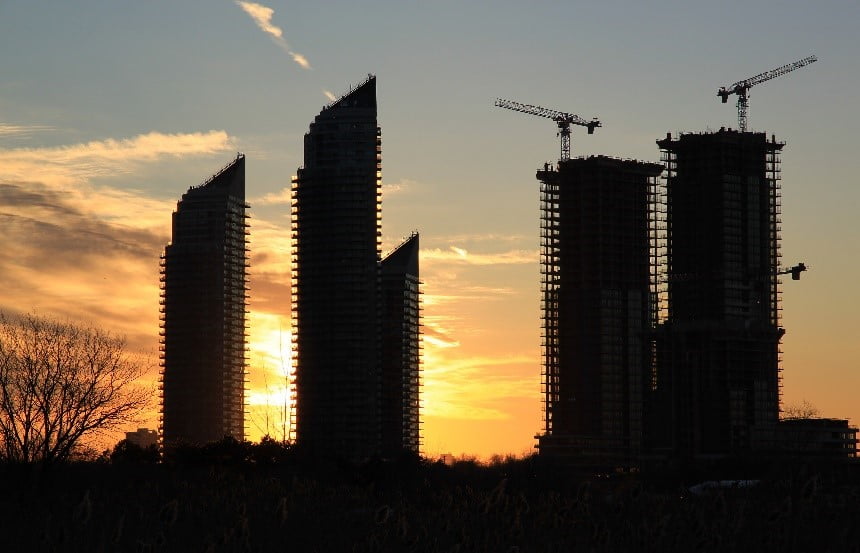 A RENX article a couple of weeks back about the value of Canadian central business district office markets to high-tech companies got me thinking about the demographics of who are now flocking to live and work downtown.

The aforementioned article by Steve McLean talked about how much value Canada’s urban cores provide to tech firms versus costlier metropolitan destinations south of the border. A big factor is the available labour pool of young talent, at that footloose age where downtown living holds a lot of appeal.

Canada’s urban cores are not all created equal, of course. There remain big divides in labour, leasing and housing costs. However, with the exception of Toronto, Canada’s major tech hubs are smaller than their U.S. counterparts.

Central Kitchener might be a magnet for the echo generation now in their 30s (see below), but you can still raise a family there. In Ottawa, you can raise a family within two kilometres of Parliament Hill and still have some room to reach out and not touch a neighbour’s home. This makes it easy for tech employers to set up shop in the urban core and still attract employees with families who prefer a backyard to a high-rise balcony.

But all that condo development in our urban cores is attracting big cohorts from those non-family demographics – young adults who are still single, couples who don’t yet have kids, maybe even some empty nesters.

The Attraction of a Downtown “Vertical Village”

Living downtown is like living in a vertical village where amenities are a short walk away and you don’t have to spend all day getting to work.

Travel time is a killer. I was in Toronto a few weeks back and used the PATH to get from place to place without having to step outside – it’s amazing what all goes on below grade, including food markets and retail. This kind of environment has a big appeal to people without kids.

Developers are obviously not blind to this as they look to break new ground and make what is old new again.

In Ottawa, we have the example of a ’60s-era office building, the Burnside at 151 Slater St. It is being gutted and refitted for a tenant reliable reports say is NAVCanada. The commitment of such a Tier 1 client has allowed the property owner to relocate existing tenants to fill up vacant space in its other downtown properties and see a profit in retrofitting tired real estate in a prime district.

The impending arrival of Ottawa’s new LRT system and the proximity to shiny new downtown condos have no doubt played a role in this strategic business decision by the tenant.

Then there is Kitchener-Waterloo. It saw which way the wind was blowing some 15 years ago and took its cue from David Foot’s 1996 book, Boom, Bust & Echo.

City planners decided to revive Kitchener’s core by catering to what people in their 20s and 30s might want if they lived and worked downtown — festivals, cafes and restaurants with patios, and social events where they could meet people. Because older folks with kids were going to prefer the ‘burbs, anyway.

I was at a David Foot lecture many years ago and his argument is very compelling. The baby boomers (including about three million extra Canadians born from 1946 to 1966) are still for the most part alive, active and to a large degree still working.

More importantly, emotionally this group stopped aging at 26; they don’t know how to be old. They will continue to drive city life to a significant extent.

Many city centres embarked on revitalization efforts in the mid-1970s and the trend has endured.

The human cost of commuting has made a percentage of the population (an increasingly younger crowd) want to live more centrally to avoid sitting in a car. The outcome is those who likely have above-average incomes have created a market for services in the downtown that wasn’t there before 1975.

City centres have acquired inertia which seems likely to continue with an intermingling of jobs and residential living.

This urban core shift is also evident in the U.S., though the American experience has its usual race-related twist.

Using Phoenix and Houston as examples, it examined how many white millennials and baby boomers are leaving their suburban roots for central city downtowns, while people of colour and immigrants, who have historically lived in inner cities, are relocating to the suburbs.

“Living downtown allows millennials, who are delaying or rejecting marriage and parenthood at higher rates, to have new experiences, meet new people, and be in walkable, amenity-rich and transit-accessible neighbourhoods,” the study states.

Race obviously plays far less of a role in Canada than it does south of the border.

The U.S. remains a very segregated society, still living under the long shadow of its Civil War 155 years ago. Non-whites still tend to move to where they are not rejected. The trend in Canada, on the other hand, has young people of all persuasions migrating to the urban core where life is more fun, and overall, easier.

An interesting long-term effect for the U.S. is if the younger white population continues to concentrate in the city centre and avoid family creation, it will lead to a degree of cultural suicide.

Meanwhile, the black and Hispanic communities (the latter mostly doing OK financially), will continue to grow and have children in the ‘burbs. I’ve ruffled the feathers of American peers in the past when I brought this up and asked them, “How long before that building in Washington becomes known as the Casa Blanca?”

But that’s a whole other subject.

The key thing here is that a younger generation of worker not yet tied down by family commitments (and to a lesser extent, empty nesters in search of easily accessed amenities) is driving activity in urban cores across Canada and the U.S.

Will this trend continue, or will the bottom fall out of these markets as the boomers pass away and the millennials start raising families? This is what remains to be seen.