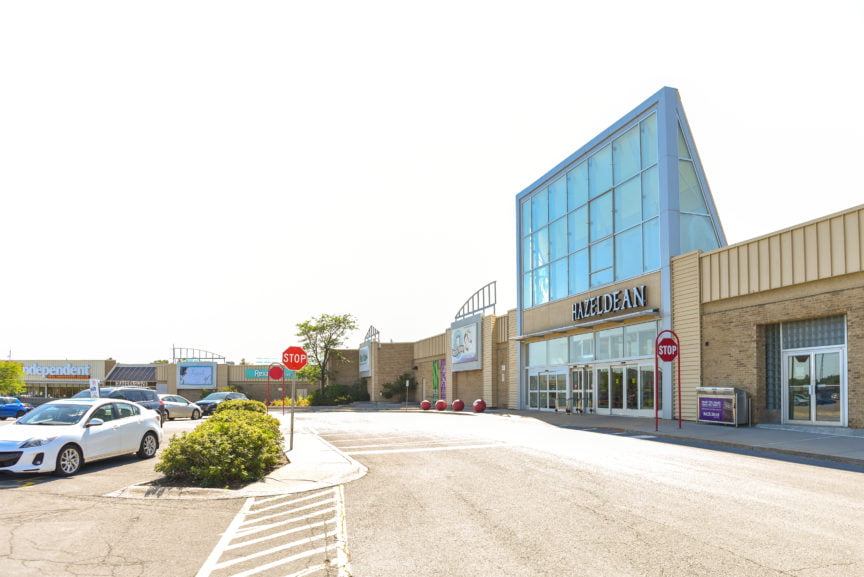 Kanata’s Hazeldean Mall has been sold to new owners who are pledging to revitalize a property that’s still searching for a dominant anchor tenant more than four years after Target pulled up stakes.

The only fully enclosed shopping centre in Kanata, Hazeldean Mall saw its vacancy rate soar to nearly 50 percent when Target exited the Canadian market in early 2015, leaving 100,000 square feet of empty space at the 223,000-square-foot retail complex. About 13,000 square feet of space is also available in other parts of the mall, which is located at the corner of Hazeldean and Eagleson roads.

The shopping centre now has about 40 tenants, including Your Independent Grocer and Rexall Pharma Plus.

Regional Group senior vice-president of real property Bernie Myers said the firm is confident it can breathe new life into the mall.

“We think there are tremendous opportunities in Kanata,” he said Friday. “Kanata’s growing, and the ability to provide a service-based, retail-based, enclosed shopping experience is still in demand. We just have to spend some time and effort and find the tenants to bring it back to its former glory.”

Myers acknowledged that finding a major retailer to replace Target will be a “challenge,” but he believes Regional Group will be up to the task.

“We think by the application of our local leasing, management and real estate expertise that we might be able to solve a problem that the previous owner hasn’t been able to solve, and that’s basically figuring out what to do with that hundred-thousand-square-foot former Target store,” he said.

“Hazeldean Mall, I think, was a mainstay and a big player in the community through the years. It’s obviously tapered off with that large vacancy, but if we solve that problem, which we’re quite optimistic we’re going to, I think you’ll see more retail tenants in the mall portion, more activity at the mall and overall a better project for us and for the tenants and for the community.”

Hazeldean Mall is hardly the only local shopping centre struggling to adapt to changing consumer shopping habits and the rise of e-commerce, trends that have seen sales and foot traffic at many local malls drop over the past several years.

In recent years, real estate giant RioCan has announced plans to redevelop several of its local retail properties, including Elmvale Acres, Lincoln Fields and Westgate shopping centres, by adding mixed-use highrises to the properties in an effort to create new sources of revenue.

While Myers said he wouldn’t rule out constructing new commercial and residential buildings at the Hazeldean site, he said such a strategy is not in Regional Group’s immediate plans.

“We’ve got leases in place, we’ve got strong tenants in place and we think that there’s an opportunity for the foreseeable future to revitalize, re-energize and improve the tenant mix,” he said. “We bought it as a mall. We did not buy it planning to do something else.”

The Hazeldean deal is the latest major transaction in what’s been a busy past nine months for Regional Group. Late last year, the firm bought the 186,000-square-foot Postmedia building on Baxter Road, and earlier this summer, it purchased a 258,000-square-foot warehouse on Bantree Street in the city’s east end.

Hazeldean is the first major shopping centre in the company’s portfolio, which up to now included a number of smaller strip malls.

“This is new for us,” Myers said. “We think we can do something really special with it.”