It’s Time to Recognize, and Reward, the High Value of Low-Cost Labour 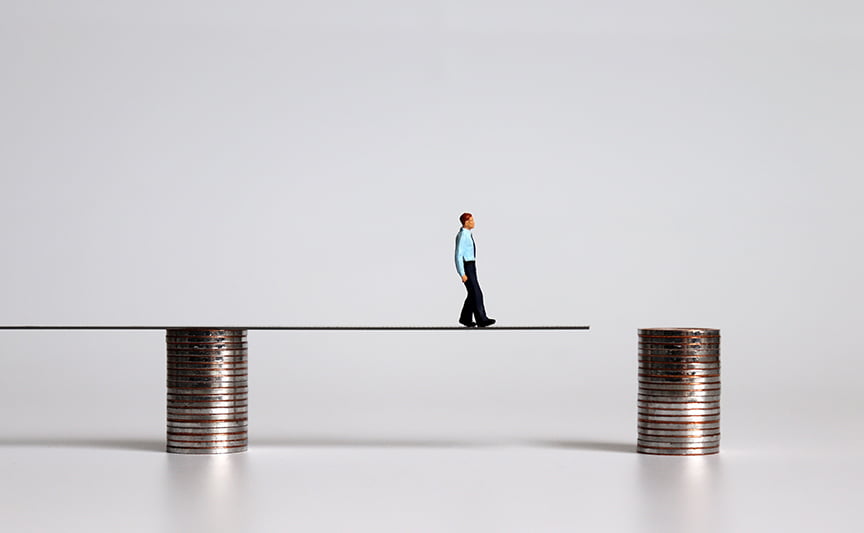 German Chancellor Otto von Bismarck, otherwise known to history as a right-wing individual, in 1889 instituted what led some critics to label him a socialist. He led Germany to adopt the world’s first old age security program.

In a speech to the Reichstag during the 1881 debates, Bismarck said, “call it socialism or whatever you like. It is the same to me.”

He was, if nothing else, a pragmatist, doing what he considered necessary to keep the German economy humming along and to counter the true socialists who had more radical ideas in mind.

More than 130 years later, we stand on the cusp of another major shift in the tug of war between those who labour and those who reap the reward.

What numbers tell the full story?

In its monthly Labour Force Survey, Statistics Canada reported a high-than expected jump in new jobs for August – more than 90,000. At 7.1 per cent, the headline unemployment rate is now at its lowest level since the pandemic began.

Gains in accommodation and food services led the charge as pandemic restrictions were eased in much of the country. These numbers have now moved in a positive direction three months in a row.

On the other hand, we continue to hear about labour shortages and employers complaining they can’t find workers.

There have been the assertions in some quarters that CERB, the Canada Emergency Response Benefit, is too rich of a windfall for some and a disincentive to engage in honest work – work that is readily available.

The counter to that assertion, of course, is that if people are choosing to collect CERB when there is a job ready and waiting for them, it’s only because (in most cases) that available job has heinous working conditions and/or doesn’t provide a liveable wage.

The issue of labour slack

Nor should we assume that those headline numbers from Statistics Canada paint the full picture.

The agency has always been forthright about the fact that its survey has room for sample noise and error – we are always advised to take any month-to-month change with a grain of salt.

Statistics Canada also says the unemployment rate would have been 9.1 per cent in August, down from 9.5 per cent in July, had it included in its calculations those Canadians who wanted to work but didn’t search for a job.

There are also other blind spots in that data.

In a recent CBC story, labour economist Jim Stanford suggested that Canada likely has a labour underutilization rate of about 15 per cent.

“Better wages will help,” Stanford told the CBC. “Better and more regular hours are even more important, I would suggest. Inadequate hours are a bigger source of low earnings than low wages.”

A decent job for decent pay – the rallying cry of labour unions near and far since before Bismarck.

All of which raises the question . . .

Has the past 18 months sufficiently stirred the pot for people to decide life is too short to stay in a low-paying, dead-end or otherwise frustrating job? Is that the real reason many employers complain they can’t find staff?

All those people Statistics Canada has tracked in recent months getting a job demonstrate that people are going somewhere. And yet, millions remain under- or unemployed, while open jobs remain unfilled.

The answer, of course, depends on the cost of living and the cost of housing where you live. But, nowhere is free.

The pandemic has illustrated how inflationary pressures on housing costs can reach beyond the urban boundary.

Within that urban boundary, focusing urban development around the idea of a “15-minute neighbourhood” is a pipe dream if only a six-figure income earner can afford to live there (unless you have households with multiple incomes).

A certain segment of the population has had the wherewithal to respond to the pressures of the pandemic with the purchases of high-priced new homes, boats and RVs.

If you are reading this, you may very well fit into this income bracket. But, the pandemic has also cast a harsh light on the fact that many of us take for granted lifestyles that are only made possible by the toil of millions of working poor.

Something profound is afoot

After 18 months of social and economic upheaval, we should know better than to rest easy on the assumption that a decline in the headline unemployment rate tells a meaningful story.

There are real problems in our society, growing divides between the haves and the have-nots, that we can no longer casually dismiss.

When people can’t rely on the society in which they live to provide for their basic needs, necessity will eventually force them to do desperate, perhaps even criminal, things.

Bismarck 130+ years ago took action that ran left of his political leanings for the common good – it was also good politics in a country that had just been recently formed. We, too, must wake up and see the writing on the wall.

There is something profound and long-term going on in our country’s labour market right now, long-simmering pressures that are coming to a boil thanks to the pandemic.

It’s not just a bunch of lazy layabouts taking advantage of a government handout and its long-term impacts will have widespread ripples. These are factors that are probably going to have significant impacts on real estate.